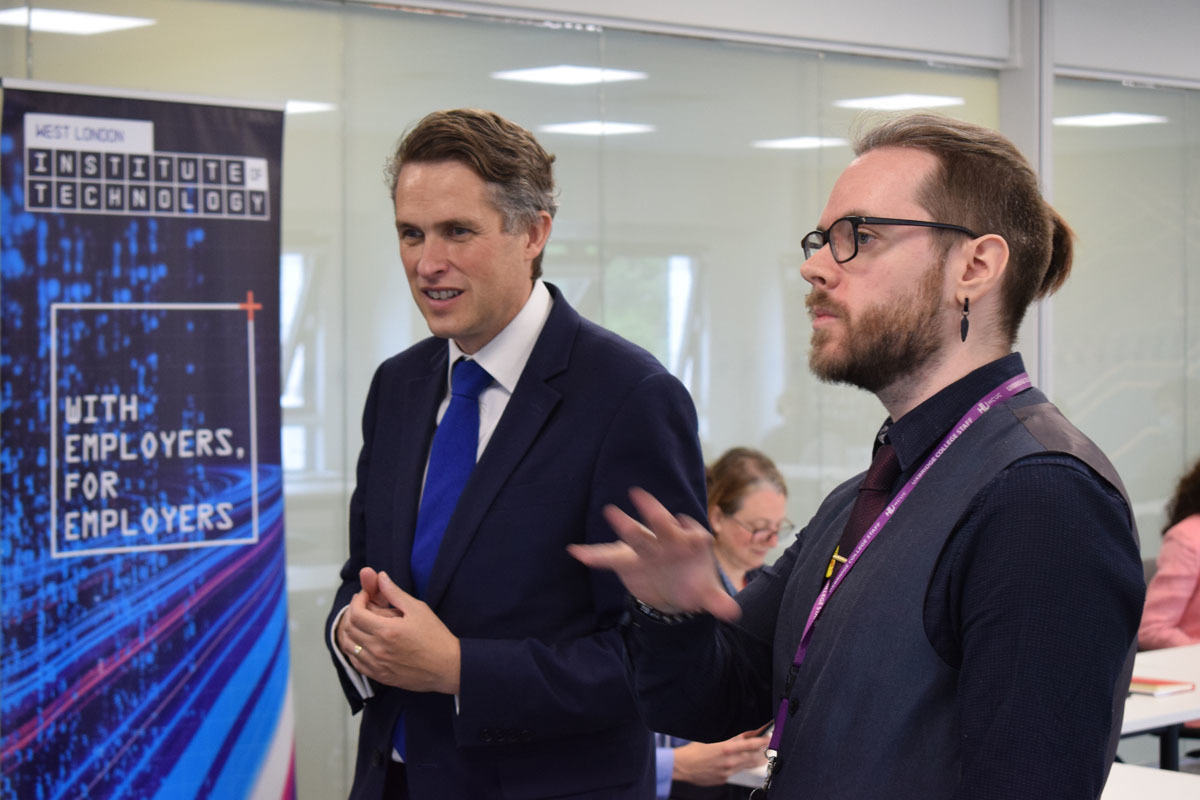 The visit was part of celebrations on July 8 of the national Institutes of Technology (IoTs), innovative collaborations between further education (FE) providers, universities and employers. IoTs specialise in delivering higher technical education and apprenticeships with a focus on STEM subjects, such as engineering, digital and construction.
Education Secretary Gavin Williamson said: “It was fantastic to meet some of the pioneering staff, students and apprentices at the West London Institute of Technology and see their top-of-the-range technical facilities in action.
"Institutes of Technology are the pinnacle of technical education, helping to develop the highly-skilled talent pipeline employers will need for the future. It was brilliant to see first-hand how West London Institute of Technology are responding to the skills needs of the local area, particularly in the vital STEM sector, helping to plug shortages and create the workforce of tomorrow.”
Mr Williamson met with Motor Vehicle apprentices and had a look around some of the facilities and equipment they use, including the brand-new Mini Electric and Lucas Nulle Car Train electric vehicle simulator. He also joined Higher Education students in Electronics who were working with a DC Motor in the Power Lab, and a wind turbine in the Project Room, as well as viewing a VFX showreel of work by students aiming to enter the film and gaming industries, or progress to university education.
A round table discussion with staff and employer partners then looked at the needs of employers and workers in and around west London and strategies for ensuring the right people were gaining the right skills. 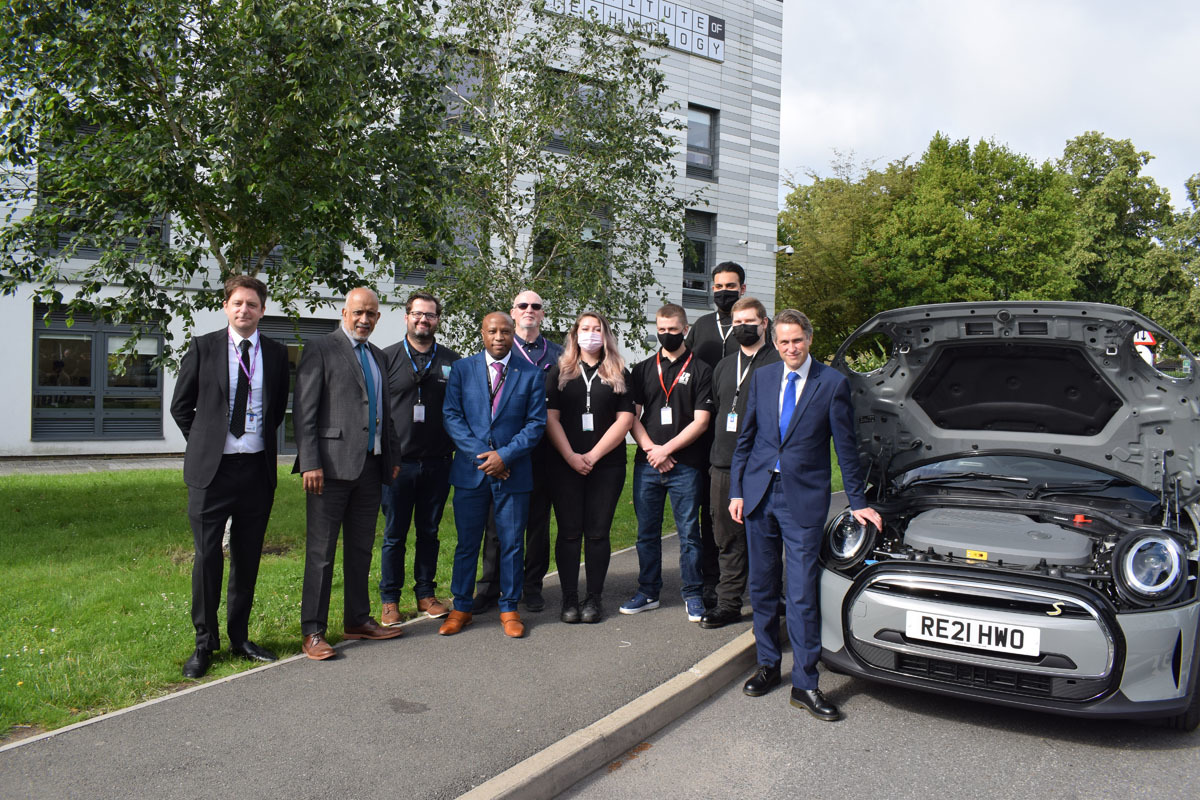 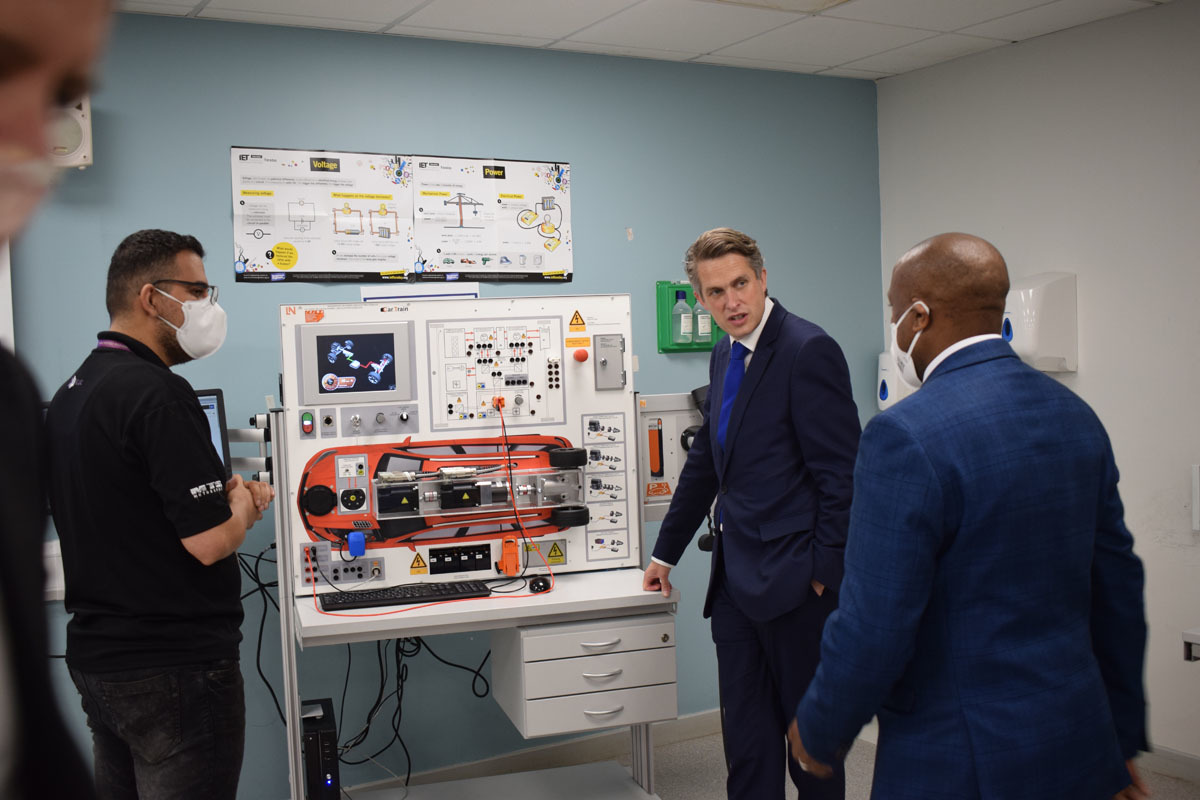 The West London IoT virtual celebrations were kicked off with a video from Boris Johnson recorded for the event in his capacity as MP for Uxbridge and South Ruislip, and also included videos from successful IoT students demonstrating high tech kit.
Dr Darrell DeSouza, Group Principal of the merged college group HCUC, the umbrella organisation for Uxbridge College and WLIoT, said: “It was a tremendous opportunity to have Gavin Williamson on site at West London Institute of Technology and Uxbridge College to see how things were looking on the ground, and have a chance to talk through the achievements so far and challenges ahead.
"We were also very pleased to have this chance to highlight the strength of our employer partnerships, with Heathrow, Fujitsu, HS2, West London Business, Jisc and Flannery Plant Hire represented in the round table discussions with Mr Williamson.
"Increasing choice and access to Science, Technology, Engineering and Maths education and training has always been a priority for us and we are proud to bring our decades of experience to bear going forward.”
The IoT Celebration was a formal launch of the 12 ‘wave 1’ IoTs and aimed to raise awareness of IoTs both locally and nationally, among key stakeholders and the public. Wave 2 IoTs will be announced later this year.It also coincides with the anniversary of the government’s Plan for Jobs. IoTs play a pivotal role in delivering the technical skills employers need to thrive and to create secure, high-quality roles. They also provide upskilling and reskilling opportunities for adults, helping to fill local skills gaps and building the foundations for future prosperity in an area.
For more images go to: https://www.facebook.com/uxbridgecollege/photos/a.10158690194785283/10158690189280283
Share this post: